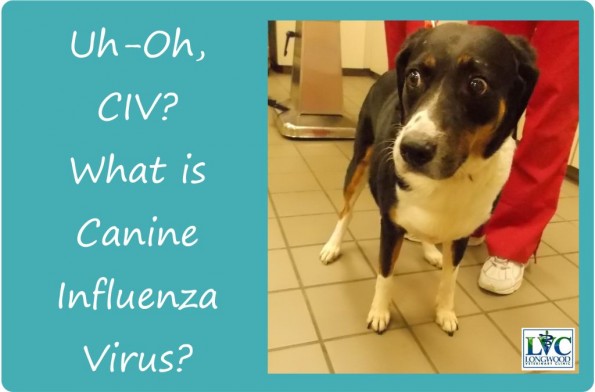 The first recognized outbreak of canine influenza in the world is believed to have occurred in racing greyhounds in January 2004 at a track in Florida. From June to August of 2004, outbreaks of respiratory disease were reported at 14 tracks in 6 states (Alabama, Arkansas, Florida, Kansas, Texas, and West Virginia). Between January and May of 2005, outbreaks occurred at 20 tracks in 11 states (Arizona, Arkansas, Colorado, Florida, Iowa, Kansas, Massachusetts, Rhode Island, Texas, West Virginia, and Wisconsin). The canine influenza virus has been reported in at least 40 states and Washington, DC.

In 2015, an outbreak that started in Chicago was caused by a separate canine influenza virus, H3N2. The strain causing the 2015 outbreak was almost genetically identical to an H3N2 strain previously reported only in Asia – specifically, Korea, China and Thailand.  This H3N2 strain is believed to have resulted from the direct transfer of an avian influenza virus  – possibly from among viruses circulating in live bird markets – to dogs. Since March 2015, thousands of dogs have been confirmed positive for H3N2 canine influenza across the U.S.

Two clinical syndromes have been seen in dogs infected with the canine influenza virus—a mild form of the disease and a more severe form that is accompanied by pneumonia.